SailGP to unveil first global marketing campaign ahead of Season 2 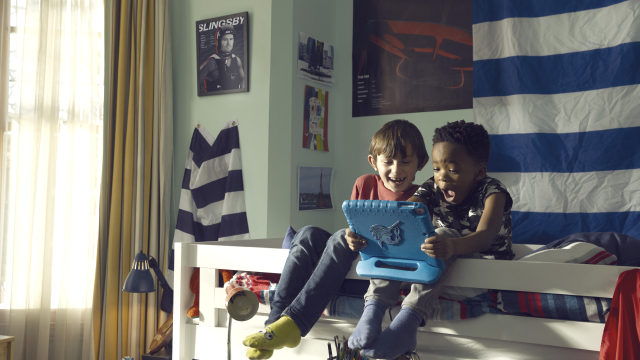 SailGP has unveiled its plans to launch its first global marketing campaign titled It's Not What You Think that showcases how the global championship is transforming a traditional sport into a revolutionary world-class spectacle. The campaign will launch in January 2020 as part of the buildup to Season 2, which kicks off February 28-29 in Sydney, and comes as the organization has made three significant hires to lead the development and execution of media and marketing efforts. 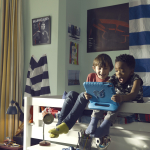 LONDON – December 20, 2019 – SailGP has unveiled its plans to launch its first global marketing campaign titled It's Not What You Think that showcases how the global championship is transforming a traditional sport into a revolutionary world-class spectacle. The campaign will launch in January 2020 as part of the buildup to Season 2, which kicks off February 28-29 in Sydney, and comes as the organization has made three significant hires to lead the development and execution of media and marketing efforts.

The campaign will aim to challenge global audiences’ perception and highlight that SailGP isn’t sailing in the traditional sense, but rather a progressive sport that utilizes breakthrough technology on supercharged F50 flying catamarans, inshore format racing and broadcast innovation to bring fans closer to the action than ever before. Recognizing that people across the world are drawn to human emotion and compelling personal stories in sport, SailGP worked in coordination with multi-award winning design and advertising agency GBH to develop a campaign that spotlights the moments and experiences that unite communities, against the backdrop of awe-inspiring athleticism featured on the world’s fastest sail racing boats.

Since its launch in October 2018, SailGP has had a dedicated and passionate fanbase amongst avid sailing fans around the world that played a critical role in the success of Season 1. Aspiring to continue the growth of its global awareness, the championship is leveraging its marketing prowess to launch the campaign and excite new fans about Season 2 while motivating them to tune into broadcast coverage of the upcoming events.

SailGP CMO Tim Godfrey said: “For many people, sailing is a traditional sport to which they don’t feel an emotional attachment, leading to preconceived notions. Since the beginning, we’ve been driven by the goal of introducing a modern, redefined nation-versus-nation sporting experience to a global audience and this campaign aims to be our introduction to the masses. With our new hires, we want to continue building off the momentum of a record-breaking debut season and evolve our digital footprint to get existing fans excited about the upcoming campaign, while creating compelling content that draws in new audiences.”

The creative was shot by acclaimed director Max Fisher – whose ability to capture natural performances in an elegant nature led to him working with some of the world’s most recognizable brands – in coordination with Knucklehead, an award-winning production company. The campaign’s cinematic approach features relatable lives, people and moments through a global lens, showcasing the raw human emotion, passion and interaction that fuels all sports.

GBH Creative Director and Founder Peter Hale said: “SailGP is something completely new, but comparable to other mass audience sports in that it doesn’t require a longstanding relationship in order to feel passionate about it. The campaign will operate on an emotional level to appeal to a diverse and international audience in what could be their introduction to this adrenaline-filled global racing championship.”

SailGP adds key positions to marketing team
To bolster its media and marketing efforts heading into Season 2, SailGP has hired Michael Porter as head of marketing and innovation, Jose Garnes as head of content, and Daisy Vollans as head of digital and engagement, as part of the organization’s marketing team, reporting to Godfrey.

Having spent the past five years at FIA Formula E, Porter was instrumental in the execution of global campaigns and event marketing for all races while at the motorsport championship. He will lead the day-to-day marketing efforts while working in coordination with local event teams and strategic agencies to deliver and implement SailGP’s marketing strategy.

Garnes joins SailGP with significant experience across broadcast and digital environments, most recently leading content strategy for multiple rights holders at UK production company Sunset+Vine, including the hugely successful INEOS 1:59 marathon challenge. He will be responsible for driving content strategy, as well as identifying the most innovative and impactful storytelling techniques to strengthen existing fandom and introduce new audiences to the global championship.

The trio joins SailGP as it is set to kick off its second season in Sydney with new teams from Denmark and Spain, competing against defending champion Australia, plus France, Great Britain, Japan and the United States. Following the opening event, the global championship returns to the U.S. for events in San Francisco (May 2-3) and New York (June 12-13), before the first European stop of the year in Cowes on the Isle of Wight in the UK (August 14-15). The remainder of the Season 2 schedule will be announced in the early part of 2020.