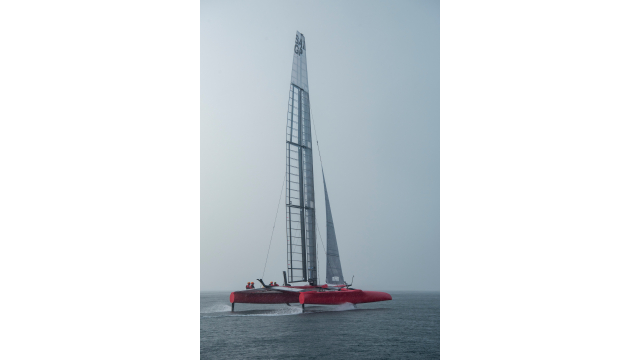 Following a successful first season that included the launch of the world’s fastest sail racing boat, SailGP will return to New Zealand’s Northland region for testing and training ahead of Season 2. 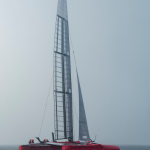 LONDON - November 19, 2019 - Following a successful first season that included the launch of the world’s fastest sail racing boat, SailGP will return to New Zealand’s Northland region for testing and training ahead of Season 2.

Following the deployment of six F50 catamarans – which were designed, developed and built at Core Builders Composites in Warkworth, New Zealand – for its inaugural season in 2019, SailGP will be conducting testing of the fleet’s seventh boat in Whangarei Harbour using Northport in Marsden Point as the operational base.

The seventh F50 has been in production at Core Builders Composites since March, and will take flight on Bream Bay starting December 3. The catamaran will ultimately be sailed by a new national team set to join the league in 2020, to be announced at a later date. The new crew will join the six existing SailGP teams – Australia, China, France, Great Britain, Japan and the United States – as the global championship travels to iconic venues around the world in its sophomore season.

Testing of the new boat will be managed by the SailGP tech team from Core Builders Composites, with assistance from sailors from across the league. Once trials are complete in January 2020, the seventh F50 will be officially handed over to the new team.

A revolutionary new modular wingsail will also undergo testing on the seventh boat, in preparation for being fitted to the entire SailGP fleet prior to the 2020 San Francisco SailGP. A first-of-its-kind system, the wing comprises of sections that can be assembled in varying lengths – initially from 18 to 24 meters with the future ability to go to 29 meters – to enable the F50s to compete in a never-before-seen range of weather conditions. Vital weight savings have been achieved with the all-new wing, with a more advanced structure and the removal of rigging and cables inside the hollow structure, adding additional performance gains in light winds.

Between the manufacturing operation in Warkworth and the testing and training conducted in Marsden Point, Northland has become the central technical and development hub for the production and delivery of the F50 – the most technically advanced racing catamaran in the world. The boats are designed and built by highly skilled marine professionals from across the region with the help of local firms, including MS Engineering, Pure Design and Doyle Sails.

The F50 is a one-design class, meaning that all boats are exactly the same, however, innovations are constantly being applied to the fleet to ensure the catamarans are at the cutting edge of technology and speed.

The new F50 was transported to Northport – the deep-water commercial port at Marsden Point – yesterday. It will be launched and retrieved by Northport’s 100-ton mobile harbor crane, at a purpose-built pontoon and mooring area.

“Northland offers easy access to a highly skilled and specialized marine services sector, which allow us to efficiently trial and test our boats’ systems and technology,” said Brad Marsh, SailGP tech team manager. “The location, facilities and environment have proven ideal for our purposes, and we’re delighted to be back.”

Whangarei Harbour and Bream Bay will offer ring-side seats for those hoping to view the new boat in action, as a team of approximately 30 staff and athletes settle in Northland through January 17.

“We are delighted to facilitate the role Northland is now playing in this new event in the global competitive sailing calendar,” said Northport CEO Jon Moore. “While this is very different to our core business and isn’t a commercial endeavour, we hope to ultimately help drive economic growth. Many of the services Core Builders Composites needs are sourced locally, and we wouldn’t be surprised to see other specialist firms servicing the international competitive sailing industry establish a presence here too.”

Season 2 will once again kick off in Australia, as the championship descends on Sydney Harbour February 28 and 29. Additional stops have been announced for San Francisco (May 2-3), New York (June 12-13) and Cowes (August 14-15). The final two events of the season will be announced in the coming months.