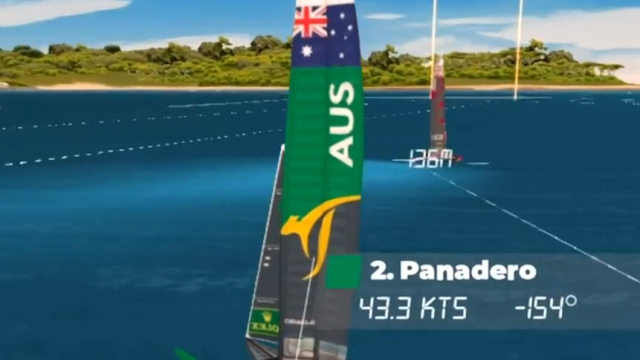 With the start of Season 2 just over two weeks away, SailGP today launched the 2020 eSailGP Championship, giving fans a chance to test their skills piloting the world’s fastest sail race boats in a virtual environment. The championship winner will receive an all-expense-paid trip to the ROCKWOOL Copenhagen SailGP, a ride on the revolutionary F50 catamaran and automatic qualification to the eSailing World Championship Final. 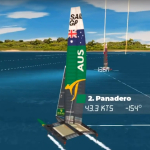 LONDON – February 11, 2020 – With the start of Season 2 just over two weeks away, SailGP today launched the 2020 eSailGP Championship, giving fans a chance to test their skills piloting the world’s fastest sail race boats in a virtual environment. The championship winner will receive an all-expense-paid trip to the ROCKWOOL Copenhagen SailGP, a ride on the revolutionary F50 catamaran and automatic qualification to the eSailing World Championship Final.

Launched in partnership with Virtual Regatta and World Sailing, the championship will feature seven qualification events over the course of the season, with each respective winner clinching a spot in the eSailGP Grand Final on August 14. With an additional wild card berth for the top youth player, the finalists will face off in eF50s, which are digital representations of the world’s fastest sail race boat that features in SailGP. In addition to the winner earning a place in the eSailing World Championship Final, the top eight from each eSailGP Qualifier will go forward to the eSailing World Championship Playoffs.

SailGP entered the esports arena during last year’s Grand Final in Marseille, and now sailors and non-sailors alike will have a full season of competitions throughout 2020 to test their skills against players from around the globe, including SailGP athletes. The championship comprises of four qualification rounds that coincide with SailGP Season 2 events, as well as three additional pop-up qualifiers.

SailGP COO Julien di Biase said: “As an organization, we strive to be at the forefront of innovation – whether it be our record-breaking F50 catamarans, our unparalleled broadcast capabilities or pushing the boundaries of technology to deliver ever-more efficient methods and materials in our world-beating race to reach net zero faster than any other mainstream sport. The evolution of eSailGP into a full-fledged eSports championship further demonstrates our drive to deliver an all-encompassing sporting experience. We’re always looking to give existing fans up-close access into our championship, while introducing those new to the sport to a challenging interactive experience which includes an opportunity to take on the world-class SailGP athletes.”

eSailGP races are 5-6 minutes in duration and feature up to 10 players per game. eSailGP is integrated into Virtual Regatta Inshore, the largest sailing community in the world with more than 1.6 million players.

Virtual Regatta Founder/CEO Philippe Guigné said: “We’re proud of the strides we have made collaboratively in the development of eSailGP from last year’s launch to what will be a season-long competition for gamers across the world in 2020. It is critical that we implement specific details that viewers will see in live events and translate over into the virtual arena, and we believe this competition will be an elevated gaming experience.”

Training opens for each eSailGP qualification event a few days before the real-life racing kicks off, and the courses mimic the iconic venues where the global championship is hosting races at the respective time, beginning with Sydney Harbour on February 25. Each of the seven event winners, as well as a wild card selection, will progress to the Grand Final on August 14. There, the two gamers with the highest points after three fleet races will face-off in a single winner-takes-all match race. The eSailGP Grand Final, as well as each qualification final, will be streamed live globally on eSailingTV.

eSailGP will be available for free from February 25 and can be played on Desktop, iOS and Android.

ABOUT VIRTUAL REGATTA
Virtual Regatta is the leading digital sailing platform with a community of more than one million players. Founded in Paris in 2002 by passionate sailor Philippe Guigné, Virtual Regatta strives to give everyone the possibility to discover and practice sailing. Since its inception, Virtual Regatta has created and published an Offshore and Inshore version of the game, mirroring the real sailing world. More than 150 digital competitions have been organized to date with a record 485,000 participants playing in the Vendée Globe. Visit VirtualRegatta.com for more information.

ABOUT WORLD SAILING
World Sailing is the world governing body for the sport of sailing, officially recognized by the International Olympic Committee and the International Paralympic Committee. Founded in 1907, World Sailing's vision is for a world in which millions more people fall in love with sailing; inspired by the unique relationship between sport, technology and the forces of nature; we all work to protect the waters of the world. World Sailing is made up of 144 Member National Authorities, the national governing bodies for sailing around the world, and 117 World Sailing Class Associations. Visit Sailing.org for more information.