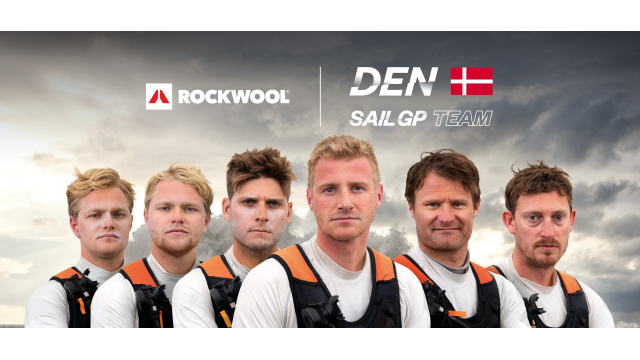 With just over a month until the start of SailGP Season 2, the roster for the Denmark SailGP Team presented by ROCKWOOL was confirmed for its debut campaign in the global championship. Helmsman Nicolai Sehested determined the six-man team following a two-week training and selection camp in New Zealand’s Northland region, where the group got its first taste of the world’s fastest sail race boat on Bream Bay. 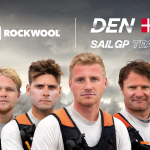 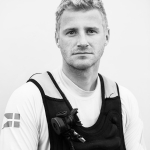 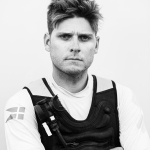 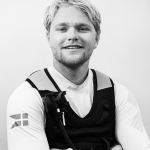 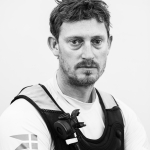 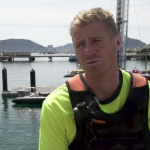 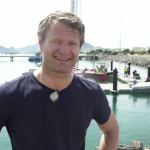 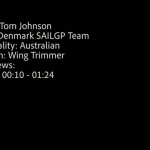 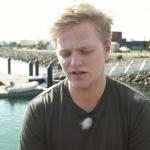 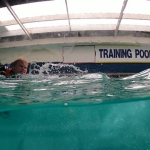 MARSDEN POINT, New Zealand – January 17, 2020 – With just over a month until the start of SailGP Season 2, the roster for the Denmark SailGP Team presented by ROCKWOOL was confirmed for its debut campaign in the global championship. Helmsman Nicolai Sehested determined the six-man team following a two-week training and selection camp in New Zealand’s Northland region, where the group got its first taste of the world’s fastest sail race boat on Bream Bay.

The Danes will have additional support from Olympic silver medalist Jonas Høgh-Christensen – who is serving as team manager – as they compete against six other national teams, including reigning champion Australia, for the sport’s largest monetary prize of US$1 million starting February 28-29 in Sydney.

The new team hit its stride early in New Zealand, achieving 48.7 knots of speed (90 kph) within the first hour of sailing.

Sehested said: “It was exciting to get our entire team out on the F50 to familiarize ourselves with this incredible boat, knowing the speeds it is capable of reaching when a crew is performing well together. We’re bringing a great deal of experience to the competition and look forward to the challenge of going up against the best sailors in the world. The team is eager to write the next chapter in the rich sailing history of Denmark and we hope to inspire future generations to get involved in the sport.”

Sehested is a two-time around-the-world ocean race participant and was part of the team that holds the 24-hour distance record. Johnson and Køstner are also around-the-world sailors, and both have America’s Cup experience – Johnson with ORACLE TEAM USA for the 2017 campaign and Køstner with Mascalzone Latino Capitalia for 2007.

Johnson is a SailGP veteran, having served as a wing trimmer for the U.S. team in 2019. SailGP’s rules – governed by World Sailing – include an 80 percent nationality requirement, allowing for a maximum of one international athlete onboard each boat. Johnson was also Sehested’s teammate for the 2014-15 Volvo Ocean Race with Team Vestas Wind and was part of Vestas 11th Hour Racing for the 2017-18 edition of one of the sport’s most competitive and grueling events.

Initially focused on match racing, Køstner shifted to the America’s Cup in 2005, then joined the Ericsson Racing Team as tactician for in-port races during the 2008-09 Volvo Ocean Race. More recently, he co-founded the SAP Extreme Sailing Team that finished second in the 2015 Extreme Sailing Series before taking the title in 2017.

Meanwhile, the Danish team also brings exciting talent to the grinder position. Kirketerp added his name to the long list of Danish sailors who have achieved Olympic success when he took the gold medal in the 49er class at the 2008 Beijing Games. He is joined by two of SailGP’s youngest athletes – twin brothers Hans-Christian and Lars-Peter Rosendahl – who are youth match racing world champions and become the first siblings to compete together in the new global championship.

In addition to the New Zealand training camp, the Danes have gained valuable experience by training on a simulator in London that replicates the experience on the supercharged catamarans, while providing data analysis in real-time.

Following Sydney, SailGP returns to San Francisco (May 2-3) and New York (June 12-13), ahead of the first European event of the year in Cowes on the Isle of Wight (August 14-15). The final season schedule will be announced on February 3.

Tickets for Sydney SailGP are available at SailGP.com/Sydney. The Danish team and new entry from Spain will be joined by returning competitors Australia, France, Great Britain, Japan and the United States when racing kicks off on Friday, February 28.